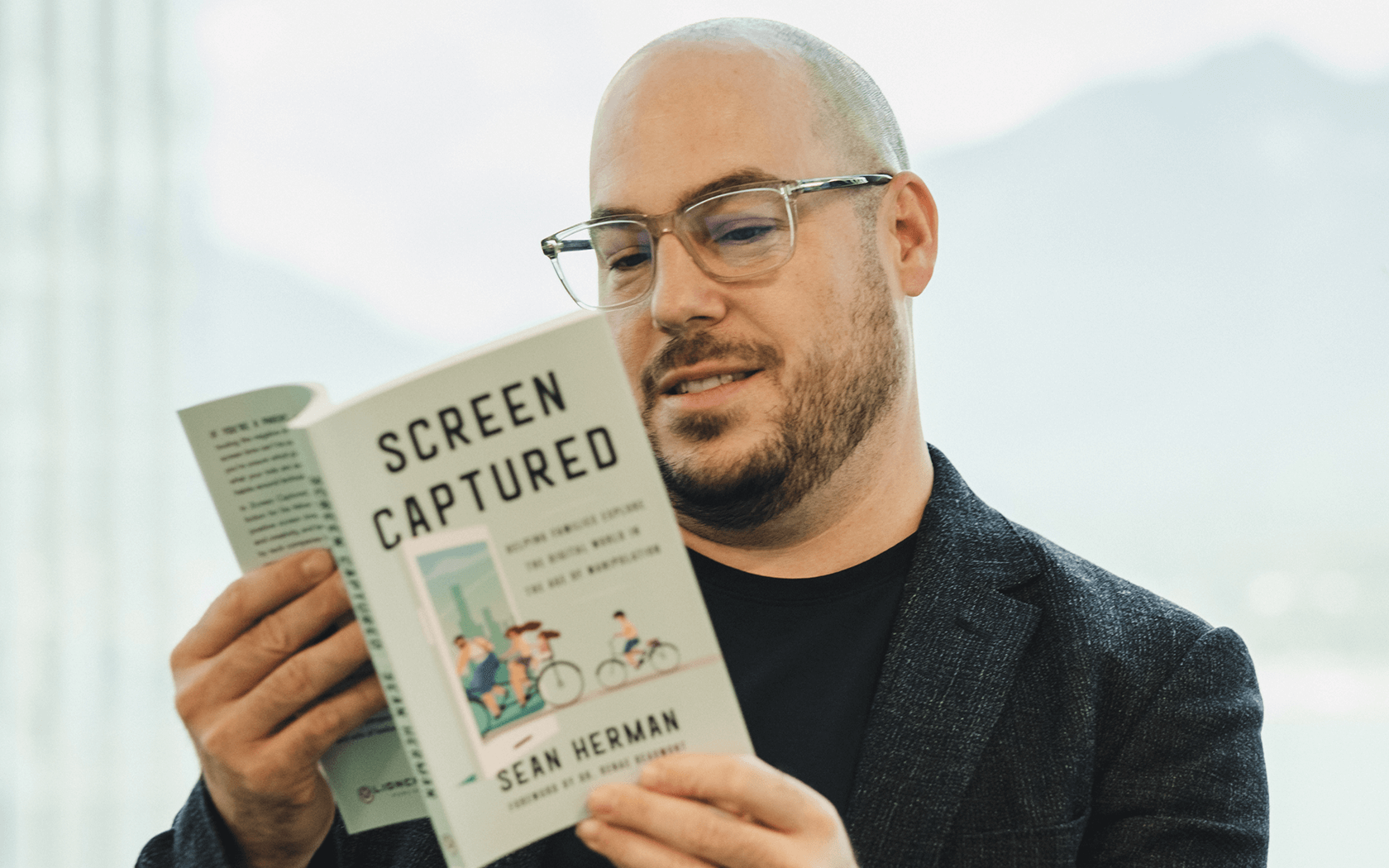 While researching kid-tech for Kinzoo, I learned enough to write a book. So I did just that.

Today marks the official release of my book Screen Captured, and it is now available for purchase on Amazon (please excuse the product plug). Even though it still feels odd to see “author” added to my bio, this feels like a proud moment—and one I want to share with my family, my team and the wider community.

I imagine some authors choose a topic they’re passionate about and then decide to write a book. For me, the process was somewhat inverted. I arrived at writing in a roundabout way as I was doing research for Kinzoo, the kid-tech company I founded in 2018. We were in the early stages of building our messaging app for kids and the team and I were thinking about what kinds of features we wanted to include in our platform. As a father myself, I knew how important it was to get this kind of thing right. We had high standards and wanted to build an app that kids would love and parents would feel good about—so I did an awful lot of research on the topic of kid-tech.

A deep dive into the literature

At the time, there were many headlines floating around about the addictive nature of tech—and many of the tech world’s founders were speaking candidly about the manipulative features they had built (intentionally or otherwise) into their platforms. I read books like Adam Alter’s Irresistible: The Rise of Addictive Technology and began learning how apps are designed to keep us screen captured. I felt I had to learn everything I could about the ways tech could go wrong so we didn’t inadvertently include addictive or manipulative features in Kinzoo. So down the rabbit hole I went, devouring as many resources and studies as I could—and it took a while before I started to feel like I had a foothold on the topic. In the course of researching, I’d implemented a few changes around tech use in my own household.

After reading so extensively on the topic, I’d been able to draw my own conclusions and felt more confident than ever that tech could be a positive force for my kids. But, not every parent has the time to devote to an extensive kid-tech literature review. I knew first-hand how intimidating it can be to bring technology into your home, and I realized that others could probably benefit from the legwork I’d done while building Kinzoo.

Learning to ask the right questions

While any kind of consensus is tough to come by in the screen time debate, one thing is crystal clear: technology is here to stay. It’s deeply ingrained in our society and our kids will use it (and likely sooner than later). So, the most important question parents can ask is how to set their kids up for success in this important aspect of life. While I don’t have all the answers, I do feel much more confident after all the research I’ve done—and I even find it easier now to differentiate a helpful, balanced resource from alarmist clickbait.

Initially, I wasn’t sure I’d be able to write a whole book. I worried I wouldn’t have enough to say and it was difficult for me to picture the finished product. But as I took stock of the genre, I had a sense that I could offer a different perspective on this very important topic. So I set about writing.

Empowering families to talk about tech

Screen Captured is not a step-by-step guide, and that’s quite intentional. I’m not a psychologist or professional researcher, but I am a dad with stories about my own lived experience introducing tech to my daughter. For me, this book isn’t about telling parents what to do. Rather, it’s about sharing what I’d learned on this journey—and hopefully equipping others to have productive conversations about the role of technology in their families. It’s about pulling back the curtain on the tech industry and bringing some transparency to the way apps and platforms operate—and what that means for our kids.

My hope is that Screen Captured can be a tool to help parents cut through the noise and gain the confidence to tell good tech from bad. In it, I spell out the difference between positive screen time—which is educational, creative and connecting—and screen capture, which uses manipulative mechanisms to keep us scrolling ad infinitum. All the research that I did really helped to simplify the role of technology in my household, and has made it a much less contentious subject with my kids. I think the book can do the same for other parents, and I’m really excited by that.

Recently, I shared an advanced copy of the audiobook with a friend and fellow parent. She’s been listening to it one chapter at a time with her kids on their drive to school, and she shared some interesting insights: it’s prompted her son to share stories about how he and his friends use tech, and it’s inspired her daughter to experiment with phone-free time during the day. She noted that sharing the book with her kids (as opposed to reading it and relaying the information), opened up a collaborative conversation in her family around tech use.

I was relieved and thrilled to hear my friend’s story about listening to the book, and I can’t wait to hear what other readers have to say. If Screen Captured can help people feel even a little bit better about introducing tech to their kids, then I’d call it a great success.