Four Teachers on Tech in the Classroom 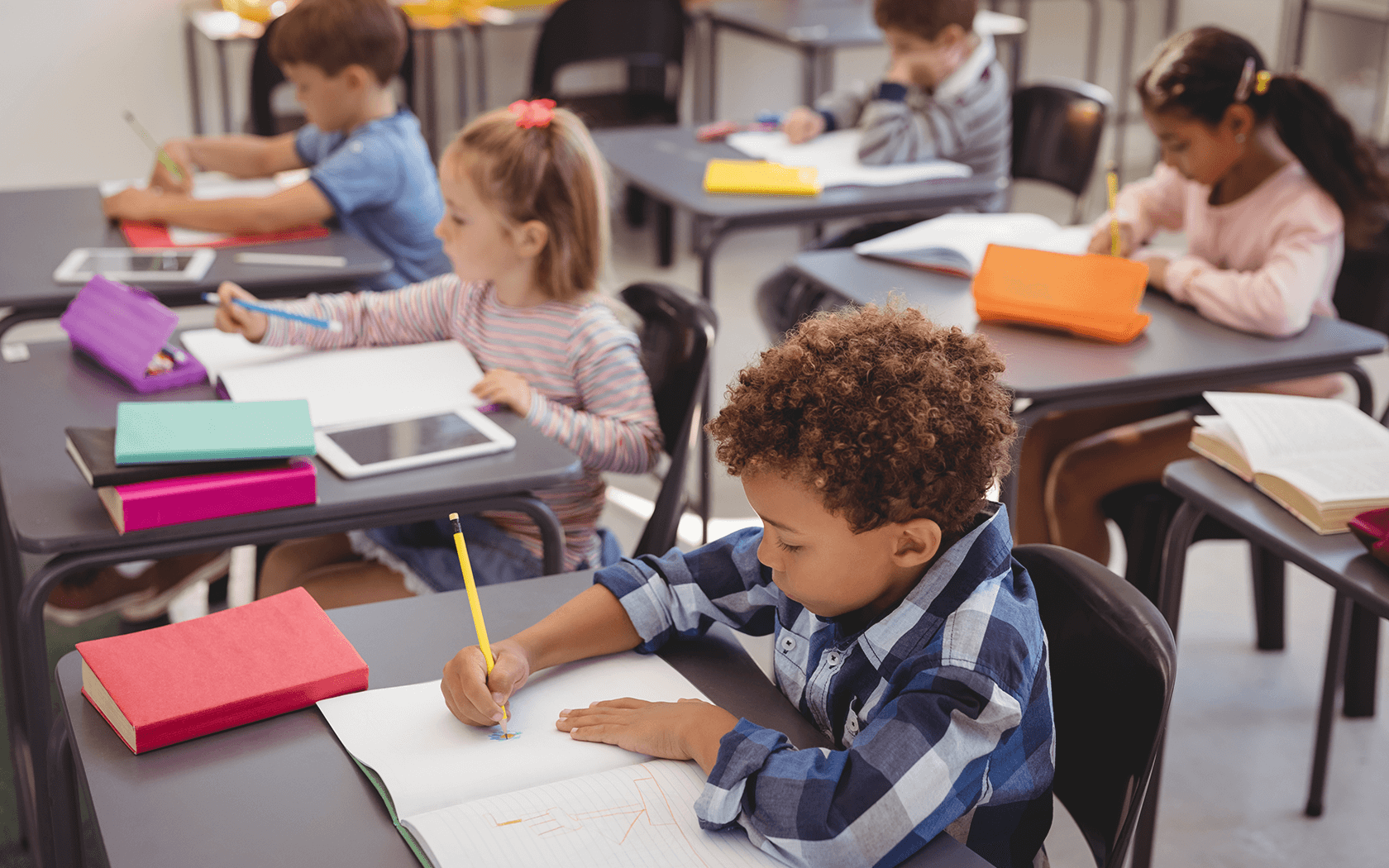 We talked to four teachers to learn how kids are using tech in the classroom—and what they wish parents would say before giving them that first phone.

Aside from parents and close family, teachers may be one of the biggest influences on school-aged kids. For most children, a large portion of their time is spent in classrooms under the care and supervision of teachers. And they’re not just learning the curriculum: they’re acquiring important social skills, learning teamwork—and even testing the rules of cell phone use. Teachers are on the frontline, so they have a unique perspective. They’re watching firsthand as kids are forging their relationship with technology, and often, they’re enforcing rules around device use in the classroom. We asked four teachers* to share their unique insights, concerns and advice about kids and tech—and to share some of the ways their schools are encouraging good digital citizenship.

What are the rules for cell phones at your school? They need to stay in their backpacks. Zero cell phone use in all school areas during school hours.

What are your top tech-related concerns? My main concern is safety. More specifically, I worry about cyber bullying and students understanding their digital footprint.

Do you integrate teaching on digital citizenship into the classroom? If so, how? I’m part of the technology cohort in my school division, so I teach my kids about being a digital citizen and using technology responsibly. I also teach them about plagiarism with images, and we only use images with the appropriate copyrights. We also discuss how to give authors proper credit when researching.

Is there any advice you would give parents before they give their kid a cell phone? Make sure you know what your child is up to, and put up necessary parental guards. I would also ask them to think about why they’re giving their kid a phone.

What are the rules for cell phones at your school? If a student does bring a cell phone to school, they let the teacher know and the teacher keeps it locked in their filing cabinet until the end of the day. The reason for this is that we want to avoid having images of students captured on a smartphone and shared. This also avoids having the phone go missing—it keeps it locked and safe until the end of the day.

Have cell phones or technology ever caused problems in your school? If yes, what was the issue? Not very often, but a lot of the problems are caused by the inappropriate use of email. For example, sending silly emails using the school computers during class time.

Is there any advice you would give parents before they give their kid a cell phone? The advice I would give is to set boundaries and time limits. The stories I hear from those who work with older kids are centered around the content that’s shared to social media, and mental health issues triggered by tech use.

Do you integrate teaching on digital citizenship into the classroom? If so, how? Yes. Depending on what we’re doing, we discuss appropriate use. For example, email: we teach what it’s used for and how to use it appropriately. We also define what is appropriate, and that way students aren’t guessing and the expectations are clear. If we are doing research, we teach how to decide if a website is authentic and trustworthy and what to do if you’re not sure. I also let my students know that if they choose to use the tech in an inappropriate way, they will lose the privilege of using the computer, and have to use pencil and paper. Depending on the transgression, they may lose their tech use for a longer period of time.

What are the rules for cell phones at your school? Originally we had a no-phone policy in our school, but many of the students in our higher grades broke the rules. Even some of our teachers broke the rules by not enforcing them, which made it challenging to show a united front as a staff. After months of cell phone abuse by our students, we implemented a new rule that students were no longer going to be given any warnings in our classrooms. If we saw their phones out, they had to take them to the office for the rest of the day. There were many, many cell phones in the office—though they decreased after a couple of weeks.

Have cell phones or technology ever caused problems in your school? If yes, what was the issue? Many of our students were constantly distracted by their cell phones. We have also had issues with parents calling or texting their children during class time. I even had one student who was talking to her sister using her airpods, and I had no idea at first. She carried on a full conversation with me and then when we were finished, she signed off with her sister and I realized that she had been on the phone the entire time!

There have also been issues where the students have abused the use of technology by sending inappropriate photos to each other, cyberbullying other students—and one student even created a social media account where students could anonymously post negative comments about their teachers. It got way out of hand, with potentially career ending lies spread about teachers, and many students contributed to the slander.

Is there any advice you would give parents before they give their kid a cell phone? Monitor it and do not let your children have their cell phones in their rooms at night! There are way too many students in my school who are up all night, or at least until the early hours of the morning talking to their friends, texting, updating their social media or browsing websites. Many of them admit that their parents have no idea what they are up to online or how late they stay up using their devices.

What are your top tech-related concerns? I’m worried about a lack of positive interactions and presence between parents and their children, because they, too, are often addicted to technology and children are replicating their behaviour. I’m worried, also, about students lacking social skills, because they are absorbed in an online world and they struggle now with normal social interactions.

When are kids starting to bring cell phones into the classroom? As soon as they arrive in grade 8, almost all of them have phones. There might only be one or two students in a whole year who don’t have a cell phone. Kids are pretty much on their phones all the time, everywhere. Our school uses computers, and at lunch, every kid is on their phone or computer.

What are the rules for cell phones at your school? It used to be that phone use was only restricted during meals and assembly, and otherwise it was up to the teacher’s discretion. For the upcoming school year, we’re actually putting more rules in place. The new default will be that all phones must be away in your locker (even though that will probably not happen). It will still be up to the teachers how much they enforce it.

Have cell phones ever caused problems in your school? If yes, what was the issue? One time a kid had an earbud in, during a test that the teacher couldn’t see. They were taking pictures of the test and a tutor was in their ear telling them how to answer each question. That’s a pretty extreme example, and most of the time it’s just kids sharing pictures when they don’t have permission. I’ve even had kids take pictures of me and share them on snapchat!

Is there any advice you would give parents before they give their kid a cell phone? Two things: teach them manners around tech—like taking your earbuds out when it’s not appropriate—and talk to kids about healthy tech use. Some of them are just always on their phones, and they don’t even look up when they walk down the hall. Our school struggles with it though, because there are a lot of healthy uses for tech, and we require kids to have computers and tablets—so it’s hard to turn around and set limits.

What rules would you put in place for your own kids if they were bringing a cell phone to school? I’d tell them it’s a privilege. It’s a powerful thing and what you do with it can change everything in an instant. So I’d want them to think about what they’re using their phones for and to think about the consequences. And I’d also tell them not to forget to look people in the eyes!

Do you integrate teaching on digital citizenship into the classroom? If so, how? Our school has initiatives like a tech detox and we have speakers that come in and talk about tech use. We actually went on a trip to a remote place on the coast where the kids didn’t have their phones for three days. At first they were stressed, but at the end, there was a major shift: they were exhausted and happy from exercising and playing together. When the tech is not available, they adapt pretty quickly.