Four Experts on How to Keep Kids Safe Online 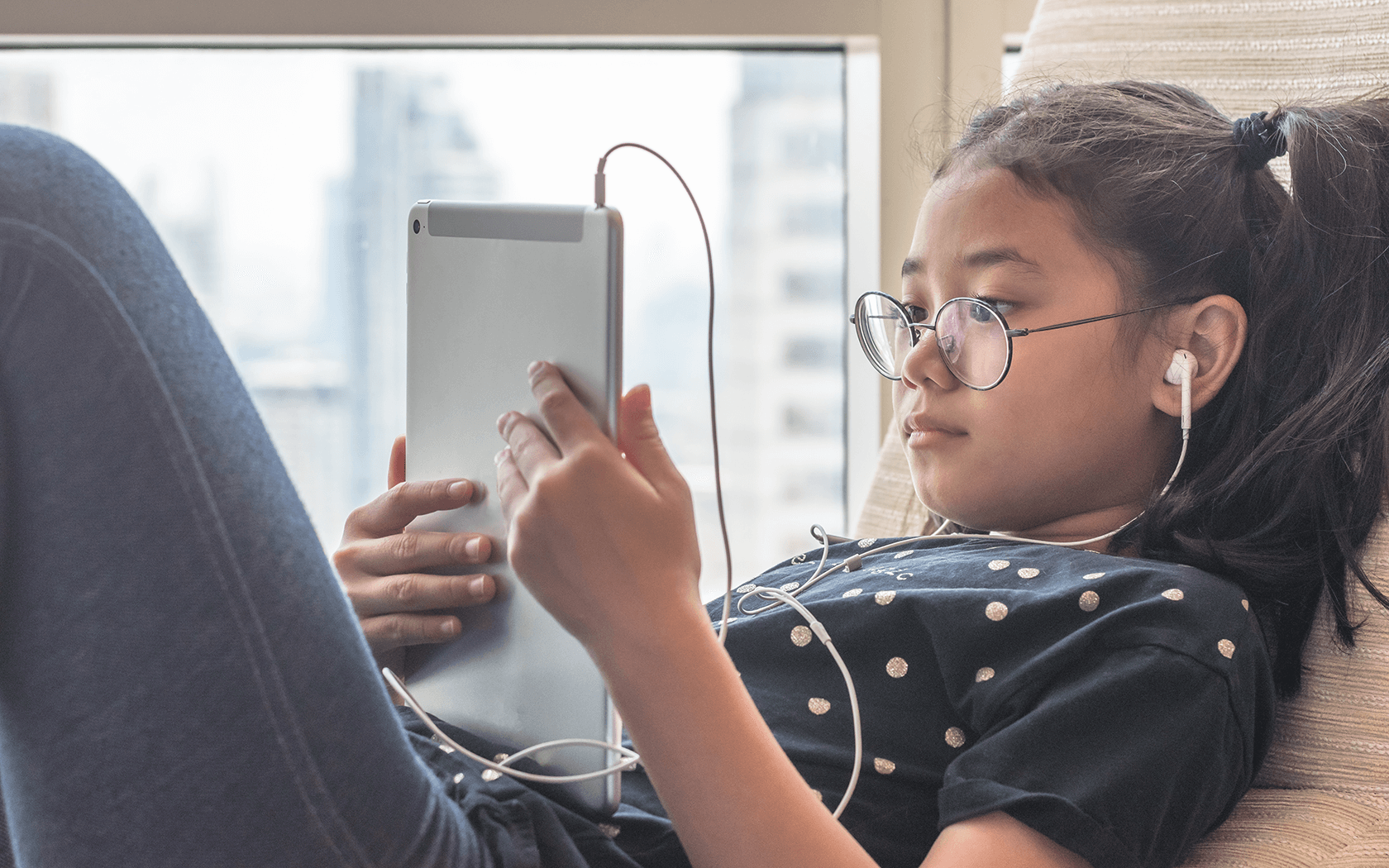 It’s not always easy for parents to find level-headed advice on internet safety for kids—but at Kinzoo, we’ve had the pleasure of connecting with leading experts in diverse fields. Through our ongoing Interview Series, we’ve heard some actionable insights on how to keep children safe online. We asked two anti-bullying advocates, a digital privacy expert and a tech ethicist what parents need to know about online safety—check out these exerpts from their interviews below!

Despite years of relentless bullying at school and at home, Tad achieved his lifelong dream of becoming a police officer—but he didn’t stop there. He’s also the founder of Bullying Ends Here and a sought-after public speaker sharing his story of resilience. Here’s his advice:

“I always tell young people to Google their name frequently. Why wasn’t I accepted at that job? Why didn’t I get a callback? Why didn’t I get an interview? Well, it’s probably because there’s something on the internet that you weren’t aware of. Find out what’s out there. Chances are you’re not going to be able to remove it, but at least be cognizant of what’s there so you can get ahead.

I’m very open and I just put everything out there. I’ll deal with it if it ever comes back in some way because that’s all it could ever be. But for kids, they don’t have that luxury. Parents are putting their children’s photos all over the internet and when that child goes to apply for a job, those photos are available for the world to see.”

Cat is the multi-talented brains behind Binary Tattoo, an organization that helps educate and empower people to control and protect their online identity. She is certified in Canadian Privacy Law from the International Association of Privacy Professionals—and she’s also a busy mom, giving her a special insight into the importance of privacy for kids and families. Here’s her advice:

“Your kids have to be comfortable coming to you. They will find this stuff by accident, and if they think telling you they saw something by accident is going to result in, “No more YouTube for you,” they’re not going to tell you. I have contracts with my kids that say, “I promise not to take your device away if you are the victim.”

If you’re being bullied, if you stumbled across something—even if you’re on a site where you’re not supposed to be, you’re already being penalized by whatever it is you saw. So, I’m not taking your device away. That way, my kids know they can come to me and they’re not going to be penalized twice.”

Matt is the co-founder of #ICANHELP, an organization that helps teens and educators combat cyberbullying—and make the internet a more positive place. A former college basketball coach and high school teacher, Matt has dedicated much of his time to supporting educators and empowering students. Here’s his advice:

“As a parent, you have to think about what you’re doing with your child’s information, data and photos—and then think about how your child is operating online. And I think that every parent is trying to do the best they can. Part of the problem is that parents aren’t talking about this stuff because they’re afraid of being judged.

There’s been no guide for parents on how to do this. But the more you can do to work with your kids, help them develop positive habits and be a guide for them, the better—because when they get to high school, they’re going to do stuff without you knowing. But, you can put them in a good enough position where they can make the right decision.

I also see a lot of kids in a situation where something bad is happening online—they’re being bullied or, in some extreme cases, maybe it’s a nude image or solicitation. They’re afraid to tell someone they trust because they don’t want to be judged. They don’t want to tell mom or dad or their school for fear that they’re going to lose their phone or that they won’t be trusted anymore. So, we want to make sure they feel supported in these situations.”

David is one of the many voices calling for ethical, humane technology. This former attorney and college professor has been focusing on tech ethics and digital citizenship since 2012. He co-founded the Digital Citizenship Summit in 2015, and since then, has founded All Tech Is Human, which acts as a think-tank and accelerator for tech consideration and a hub for the responsible tech movement. Here’s his advice:

“The more symbiotic the learning relationship, the better. Parents have a lot to teach their kids and kids have a lot to teach their parents. Also, parents need to be given more mulligans. There’s a lot of social pressure on parents right now to have a perfect solution and all of a sudden solve all the problems for their kids. Whereas this is something that a lot of us are going through and always learning. This is my entire life, yet even I can’t keep up with the information that is coming out about it. I always feel like there are more articles I need to read, more conferences to attend. There needs to be a lot more empathy given to parents because they have a lot on their plate.

Similar to how we train kids around safety, the more we can empower them and educate them within those roles, the overall safety increases. The same thing goes with digital citizenship and a younger audience going online: it’s about parents relaying and educating their younger children, but then also those children feeling empowered to be able to make better decisions when they’re online, but also seeing the larger network.

But, again, I do want to go back to the fact that I think this is definitely a point in time where we need to increase the empathy shown towards parents. And the more we can allow freedom to make mistakes, the better. I will say too that we should also recognize that parents don’t agree right now on the best way forward.

If you want to learn more, check out the rest of the insights in our Interview Series on the blog!