A Parent’s Guide to Minecraft 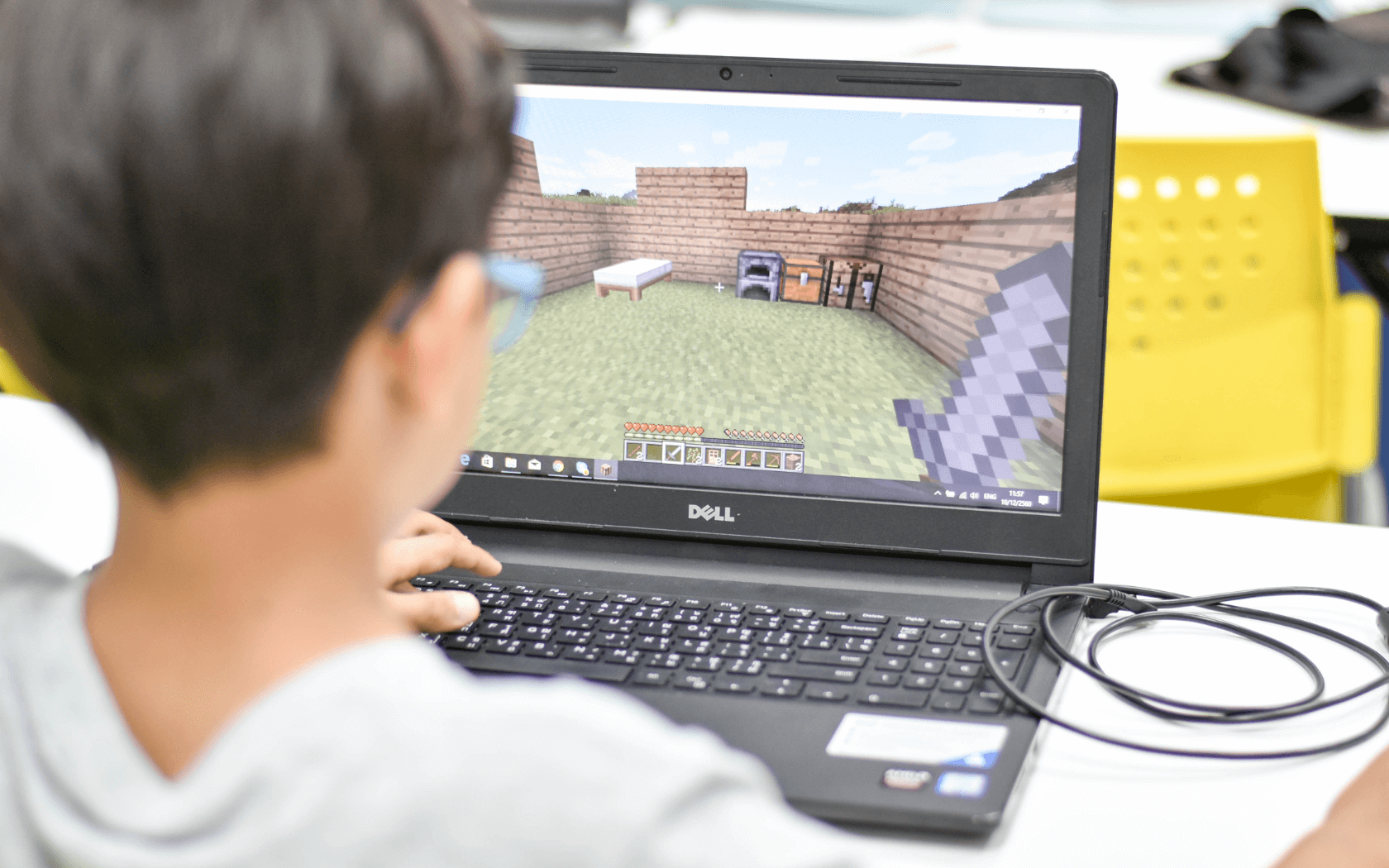 If you’re a parent of young kids, there’s little chance you’ve made it this far without hearing about Minecraft. Since its launch in 2011, Minecraft has become one of the most popular video games in the world amongst young players. Many parents and teachers are fans of the game too for its educational and creative potential. If your only experience with the game so far has been watching over your youngster’s shoulder, you might be more than a little confused (and probably dizzy). So, we’ve put together this handy overview to help you get acquainted with the wide, wonderful (and square) world of Minecraft.

Minecraft is a video game! But, unlike many popular games, Minecraft has no set storyline or finite endpoint. It’s a sandbox adventure-style game, meaning players can do pretty much whatever they want for as long as they want. Gameplay takes place in an open world composed of blocks of various materials which players can—as it says on the tin—mine, and then craft into other more complex items. Beginners will likely start by mining trees or dirt to make a shelter, and work their way up from there. More advanced players have been known to make everything from Christmas decorations to a fully-functioning hard drive.

Players can choose between Creative and Survival mode, depending on whether they want to focus on building and exploring (Creative) or honing their combat skills by fighting enemies (Survival). They can also choose between single-player and multiplayer mode, the latter allowing them to join existing servers or realms with other players, or create their own.

Minecraft can be played on various platforms, including computers, consoles and mobile devices, with the cost varying slightly depending on the version you want to use. Cross-platform play is available, meaning if your laptop-loving kid wants to join a multiplayer game with a friend who’s playing on their tablet, they’ll still be able to play together.

Is Minecraft safe for kids?

The majority of Minecraft users are kids, and as such the gameplay and animation style are designed to be kid-friendly. Enemies and monsters are relatively cartoonish, and combat within the game is free of blood or gore. Some sound effects might be a bit spooky for very young users, but these can be turned down or off in settings.

As with any online activity, there are inherent risks when playing Minecraft, such as the potential for contact with predators. Multiplayer mode comes equipped with a text chat function, which can pose a risk, particularly on large and/or unmoderated servers. An easy way around this is to choose vetted, family-friendly servers. You can also set up your own server, or a private invite-only realm where youngsters can play exclusively with friends and family. Alternatively, single-player creative mode poses little to no risk of stranger contact or scary content and is a great option for younger users.

Your kids will likely also be interested in watching YouTube videos made by their favorite Minecraft players in order to pick up new skills or just to see them do cool stuff. While many of these creators produce family-friendly content, there is always the risk that your kid may be exposed to strong language or more mature content when watching YouTube. Setting your kid up with the YouTube Kids app is a great start (though not foolproof). It’s a good idea to research family-friendly YouTubers, as well as to watch along with your kid to get a feel for the kind of content they are consuming.

As always, your best defense against online risks is an open and honest relationship with your kids. Be curious, ask questions and get involved, the same way you would with any other hobby or pastime.

What should parents know about Minecraft?

Minecraft is not free to play, with the upfront cost to download the game hovering at around $30, depending on the platform. There are some additional costs as well, such as certain “skins” (costumes for your kids’ character to wear) or “texture packs” (which modify the appearance of blocks inside the game). However, these add-ons are not marketed in the same aggressive way as in certain other games such as Fortnite—and are less likely to be a significant ongoing expense. The ability to create personal realms also costs extra.

Due to its open-world nature and endless possibilities, Minecraft is incredibly alluring to kids. There’s also a vast amount of Youtube content that kids are likely to become interested in. For some kids, this excitement can bleed into fixation if left unchecked. Be sure to check in with your kid regularly, have open conversations about their Minecraft use, set boundaries and encourage other types of play and entertainment as well.

Playing Minecraft can be a great way for your kid to learn new skills, stretch their creative thinking, and become part of a vibrant and diverse online community. It’s a great way for them to connect with existing friends and make new ones. As with anything, moderation and communication are key.