A Parent’s Guide to Fortnite 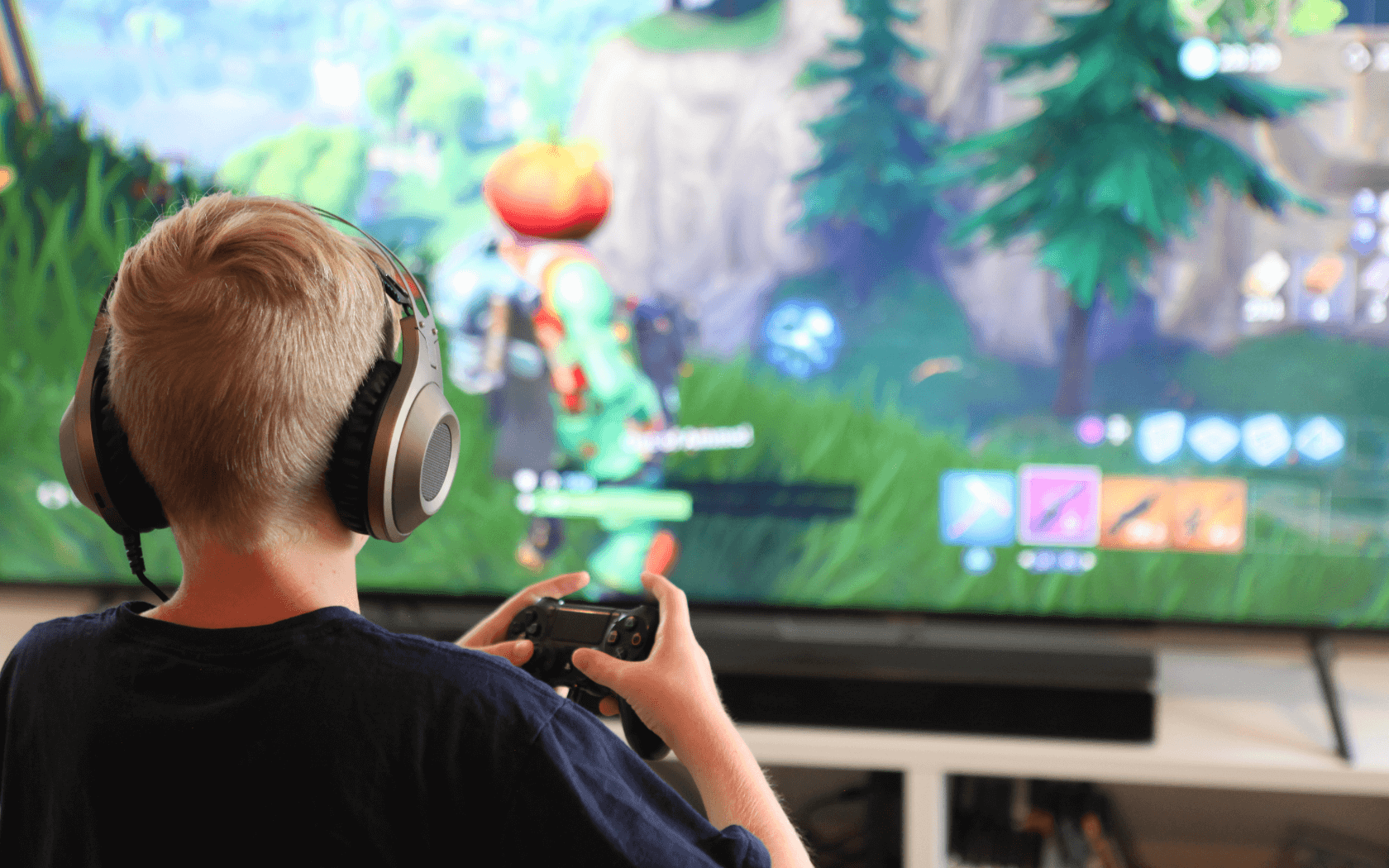 If you have kids, chances are you’ve heard of Fortnite. Launched in July 2017, the game racked up over one million players by August. And while its growth has somewhat leveled out in the intervening years, it remains massively popular as of 2021. Its broad and enthusiastic fan base includes everyone from kids to tweens to teens to—apparently—the starting lineup of the New York Knicks.

Broadly speaking, Fortnite is an online multiplayer game. To get more specific, we need to talk about the various game modes:

Battle Royal: This is by far the most popular mode of play, and most likely what your kid is interested in (or already playing). This is basically a third-person shooter free-for-all, in which up to 100 players compete to be the last one standing by shooting other players and/or building defensive structures in an ever-shrinking battleground. If that sounds violent, it’s because it is. However, the relatively cartoonish animation style and lack of gore (vanquished players simply disappear) make it less abjectly graphic than comparable games like Call of Duty. Battle Royale is free to play, but that hasn’t stopped it from netting billions of dollars (more on that later).

Party Royale: This is a relatively new mode, introduced in 2020, which consists of a sort of virtual event space within Battle Royal mode. However, instead of fighting to the death, players can hang out, chill, watch movies, and even attend live concerts by real artists. Party Royale is also free to play.

Creative: This mode lets players deck out their own personalized island, and also provides tools to design their own games, which they can share with other players.

Save the World: This is Fortnite’s pay-to-play offering, in which players team up to defeat a horde of game-generated monsters (called Husks). It’s similar in violence to Battle Royale, with the key difference being that violence is directed at non-player adversaries as opposed to fellow players. Teams can hunt for loot, build weapons and shelters, and generally get creative in order to save the world.

Is Fortnite safe for kids?

Fortnite is rated T for Teen by the ESRB, making it officially recommended for kids 13 and up (the Video Standards Council in the UK puts the cut-off at 12). However, the game is known to be popular with much younger kids as well. Ultimately you’ll have to make your own decision about whether and when it’s safe for your kids to play Fortnite. Here are a couple of things to keep in mind:

Violence: While the violence in Fortnite is relatively cartoonish and bloodless, it’s pretty ubiquitous, particularly in Battle Royale mode, where the objective is to mow down as many other players as possible using recognizable weapons such as guns and swords. That being said, multiple studies have shown exposure to violence in video games is not linked to an increase in real-world violence among kids, despite popular assumption.

In-game chat: This is a feature not covered by ratings, but definitely something to keep in mind, particularly for younger kids. Battle Royale matches consist of up to 100 players who can communicate via real-time voice and/or on-screen text chat. This makes the chances of encountering profanity, or even slurs and bullying, pretty high. It also comes with the attendant risk of any online contact with strangers, such as inappropriate messages or pressure to reveal personal information. If you’re not comfortable with this feature, it’s easily turned off or limited to known teammates in the settings menu. Visit Fortnite’s Parental Control page to get more info on how to set boundaries within the game.

Some other things to consider

Mood: As with any video game, Fortnite has the potential to affect your kid’s mood, particularly if they become fixated on the game to the exclusion of other activities. Its highly competitive, quick-fire nature makes it a particular draw for some kids and has been known to cause the occasional angry outburst.

In-game purchases: While the popular Battle Royale mode is free to play, in-game purchases such as new character “skins” and outfits, plus battle passes and other enticingly “exclusive” features are heavily marketed within the game. Chances are if your kid is into Fortnite, it’s only a matter of time before you start fielding requests for credit card access to purchase “V-Bucks,” Fortnite’s in-game currency.

As always, taking an active interest in what your kid is doing online is the best way to make sure they’re staying safe and having fun. Be curious, ask questions, watch them play—or even try getting in on a round yourself. Talk openly about any issues that come up, such as violence, in-game spending, or excessive screen time. It’s also important to have frank discussions about online safety, particularly if they’re playing with chat enabled.

With its massive popularity among teens and tweens, Fortnite is an all but inevitable discussion for parents, and a potential bonding experience for kids and their peers for the same reason. Talking openly, staying informed, and setting boundaries is the best way to approach the topic, as with any online activity your kid might be interested in.