10 Things That Changed Kids' Online Privacy in the Last Decade 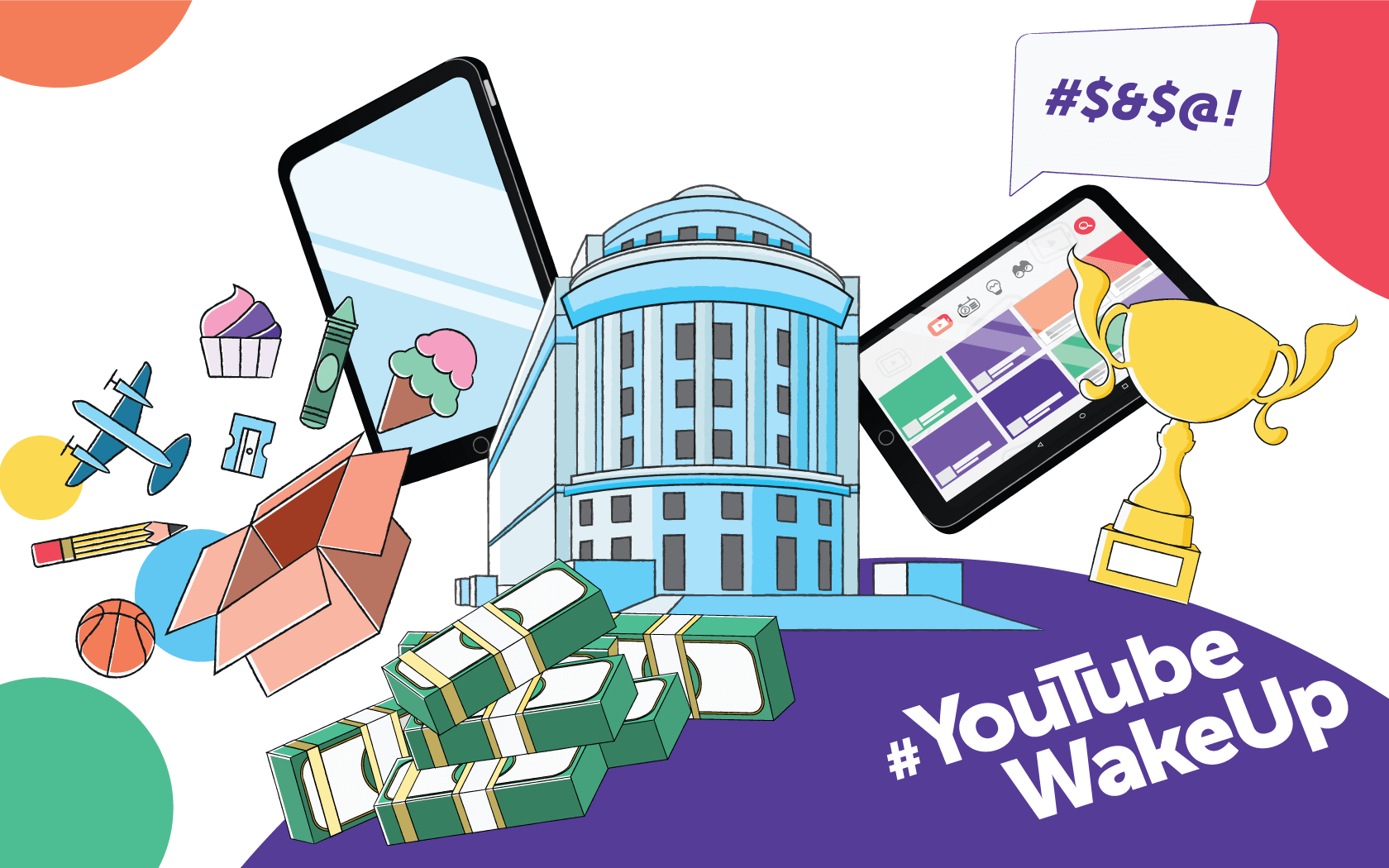 Find out how the last ten years transformed the way kids use the internet—and how parents keep them safe online.

Technology advanced at an astounding pace over the last decade. The world is more connected than ever—which creates new concerns for kids’ safety online. While rules and regulations have been in place since 2000, events in the last ten years have transformed the state of online privacy and safety for children. We’ve taken a look back at the most significant moments since 2010, and how they’ve affected our youngest digital citizens.

To kick off the 2010s, Apple released the first version of the iPad. A lot of people questioned the need for a device that was something between a smartphone and a laptop, but tablets became more and more popular with children throughout the decade. In 2017, Common Sense Media reported that 78% of families owned a tablet, up from only 8% in 2011. Further, they reported that 42% of children aged 0-to-8 had their own tablet in 2017, up from 1% in 2011. More accessible hardware meant that more and more children were going online. While this opened up a whole world of opportunity, it wasn’t a world that was designed with kids in mind—and created new risks for children’s privacy throughout the decade.

The Children’s Online Privacy and Protection Act (COPPA) was enacted in October 1998 and came into effect on April 21, 2000. This came on the heels of widespread recognition that the internet wasn’t designed with kids in mind. COPPA applies to all websites and apps where children under 13 can potentially share personal and private information, and requires that parents give their consent for their kids to use those services. On July 1, 2013, the FTC updated and modernized COPPA to include new definitions and additional methods for obtaining parental consent. The updates ensured that COPPA would also apply to third-party advertisers, apps, games and those using persistent identifiers to track user activities on the Internet. These changes represent a critical update to COPPA, which came into effect seven years before the release of the iPhone, and also set the stage for fines in the coming decade.

YouTube launched a new platform specifically for children. It features an easier-to-use interface and a few parental controls—but it’s still driven by advertising. Content is not screened and unfortunately, there have since been multiple instances of kids encountering inappropriate content. And the kids went… mild. YouTube Kids was not widely embraced by children, especially those older than pre-K. In fact, YouTube Kids ranked as the 50th most popular brand for kids in 2019, while YouTube ranked number 1.

Singapore-based mobile advertising company InMobi was fined $950,000 for violating COPPA. The company deceptively tracked users without their knowledge or consent, and this included children under the age of 13. The fine was comparatively minuscule for a company that’s now valued at $1B—and this becomes a trend for other companies that are caught violating COPPA.

5. YouTube Ranks as the Number One Brand for Kids

In a brand love study, Smarty Pants revealed YouTube as the most popular brand among children aged 6-to-12. The rest of the top-ten list was equally telling, featuring Netflix at #2, the iPhone at #3, iPad at #8, Xbox at #9 and Google at #10. Mainstay children’s brands, including Disney and Lego, didn’t show up until #19 and #22 respectively. The rankings showcased what many of us parents already knew: technology wasn’t coming for kids, it had already arrived.

Ryan, a seven-year-old who features unboxing videos on his YouTube channel Ryan ToysReview, earned a reported $22M in 2018, making him YouTube’s top earner that year. This caught the attention of children and parents, and around one-third of kids now choose “YouTube Star” or “Vlogger” as their top career choice, according to a recent study from Lego. The Forbes revelation might have been the most glaring evidence to date that kids are using YouTube, and using it in massive numbers. After all, toy reviews are hardly targeted to anyone but kids. Ryan was YouTube’s top earner again in 2019, pulling in an estimated $26M.

Dr. Free N Hess, a Florida-based pediatrician, shared a blog post demanding action from YouTube after a children’s video cut to a man explaining how to cut your wrists, telling viewers “remember kids, sideways for attention, longways for results. End it!” The video was on YouTube, but only seven months earlier, Dr. Hess had reported a similar clip on YouTube Kids! YouTube’s platforms don’t screen content, meaning that things are only reviewed once a user reports them. There have been many more of these types of videos, which is an unfortunate consequence of children being so easy to target on YouTube’s platforms. This particular story received national attention and put a spotlight on this fact for many parents.

Several large advertisers, including Disney, Epic Games (publisher of Fortnite), AT&T and Nestle, pulled their ads from YouTube over concerns about child exploitation. The advertisers were upset that their ads sometimes ran on videos featuring minors (usually girls) that were marred by reprehensible comments from predators and pedophiles. Only one week later, YouTube announced it was disabling comments on videos that featured minors. The swift response from YouTube showed who the platform is truly accountable to: advertisers.

The operators of the video social networking site Musical.ly, better known now as TikTok, were fined a then-record $5.7M by the FTC. They alleged the service illegally collected personal information from children. In its statement on the matter, the FTC reported that “the operators of the Musical.ly app were aware that a significant percentage of users were younger than 13 and received thousands of complaints from parents that their children under 13 had created Musical.ly accounts.” Again, the fine was a tiny percentage of the company’s value (TikTok’s parent company, China-based ByteDance was recently valued at $75 billion). Still, the case was significant because of the acknowledgement that kids under 13 were using the platform—and the platform wasn’t able to get off the hook by pointing to the 13+ age restriction in its Terms of Use. This was an important precedent for the next COPPA fine, which exposed the worst-kept secret in technology.

Near the end of the decade, the worst-kept secret in technology was finally aired. That secret? Kids were using YouTube—and using it in massive numbers. We’ve already disclosed that YouTube is the number one brand for kids, and its top earner the past two years is a child who makes videos directly targeted at children. And, many parents already know our kids love it. The FTC finally responded, and after investigating, settled with Google (who owns YouTube) on a $170 million fine. The FTC and the New York Attorney General who made the complaint argued that YouTube violated COPPA by collecting personal information from child users in the form of persistent identifiers used for advertising, without obtaining parental consent. Since this is fundamentally YouTube’s business model, the fine was important because it asserted that YouTube basically ignored the fact children were using it. The fine alone was tiny in the context of Google’s overall worth (it takes the company less than a day and a half to generate that amount of operating cash), but the FTC is working with YouTube to make changes.

As we usher in a new decade, it’s marked by uncertainty for YouTube and its content creators, who are now unsure how and if they can monetize their children’s content. While unpopular for many who rely on this kind of monetization, we see these events as a positive move for children’s privacy. It’s also important to note that the rules and regulations themselves have not changed; rather, they’re just starting to be enforced. Content and platforms that targeted kids are now being held accountable to the rules that are in place to keep kids safer online. That’s a win in our books!

Events over the last decade changed the way kids access and use the internet—and showed us how important it is for families to have healthy tech tools and platforms at their disposal. While there are still questions about the future of kids’ safety online, one thing is certain: technology will continue to evolve, and it’s up to the government, tech companies and parents to ensure children are empowered to thrive in the digital world.